HYPERTENSION: PASS (ON) THE SALT 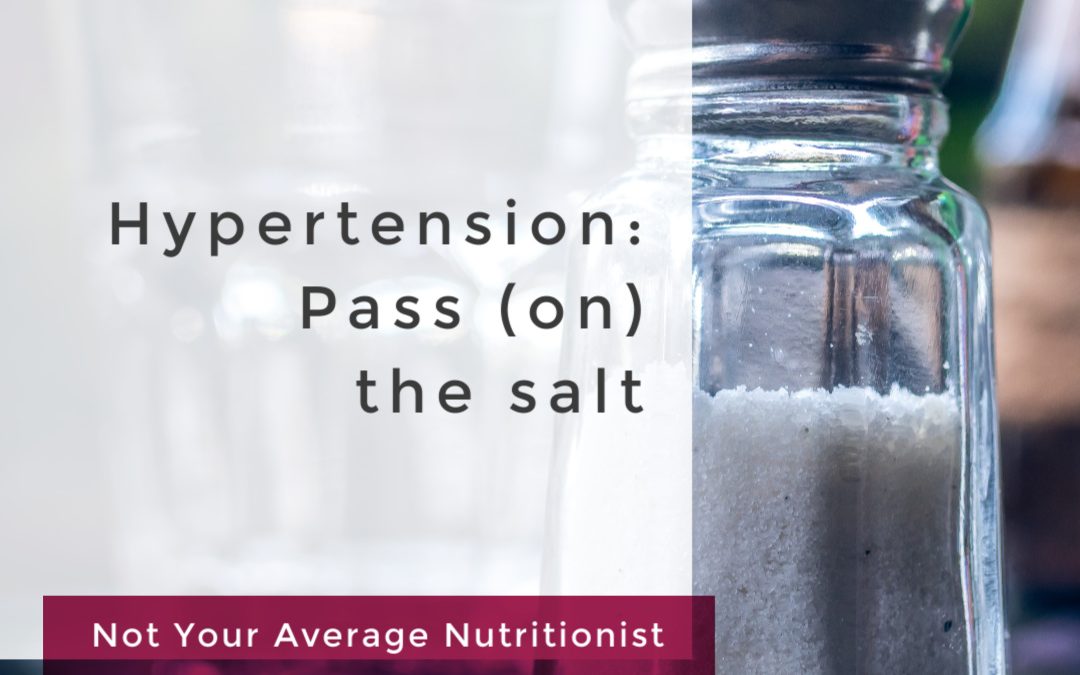 This pressure takes a toll on the heart and circulatory system, which can lead to cardiac arrest, aneurysm, metabolic syndrome, weakened or narrow blood vessels, stroke, and trouble with memory or understanding.
Primary hypertension is generally hereditary, while secondary hypertension may stem from kidney problems, adrenal gland tumors, birth defects, certain medications, such as birth control pills, cold remedies, decongestants, over-the-counter pain relievers and some prescription drugs, and illegal drugs, such as cocaine and amphetamines (Mayo Clinic).

Switching to a low-sodium diet is a challenge, especially in the western world where so much food is processed and flavored with salt. Simply taking the salt shaker off the table is not enough (though it does help). Low-sodium versions of food, choosing foods naturally low in sodium (fresh, unprocessed fruits and veggies), reading food labels for sodium content and serving size, and learning to use herbs and spices instead of salt and sauces to flavor foods are all important in making a change in lifestyle.

Foods that are naturally low in sodium are fresh (not processed); fruits and veggies, dried legumes/grains made without salt, unsalted nuts/nut butter, and low-fat yogurt (but be sure to read labels!) are generally low-sodium choices. For other foods be sure to check the nutrition facts label, and research foods and menus from the company producing/preparing it.

Click HERE to see an infographic on what 1200mg of sodium looks like in everyday foods, from healthline.com