RE-IGNITING MY PASSION FOR DANCE AS AN ADULT 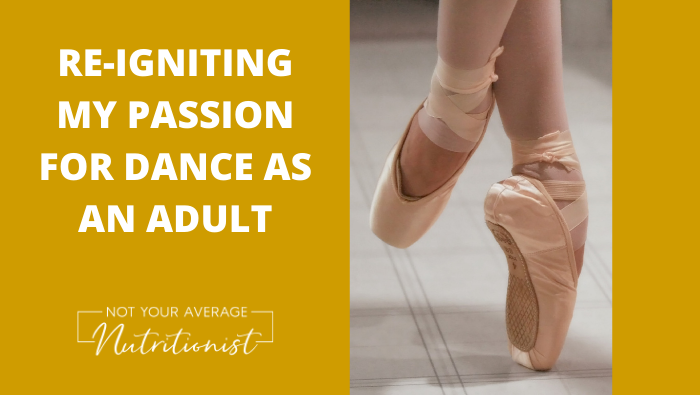 I danced from age 3-13 in ballet, tap, jazz, and lyrical before taking a break to pursue my equestrian passions. But at age 16 I had a gnawing feeling that something was missing, and asked to re-enroll in dance lessons. At 16 I had no interest in ballet, leotards on my pudgy adolescent body, or the slow piano music; so I signed up for hip hop and break dancing. That lasted all of 3 months, when I found even with the technical steps in place, I didn’t look the part.

Around that same time I got really into east-coast swing dance, and my real love emerged. I started taking ballroom, then teaching my peers. I went off to college, and started the first swing dance club on campus where I taught, performed, and lived out my dream. 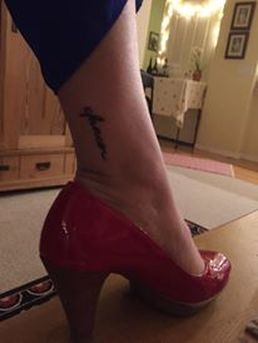 Then I transferred schools to a major university known for dance. I knew I was going to be a small fish in a big pond, but I joined their swing and salsa clubs, and let the music take me away.

Dance became my stress reliever, my social crutch, and the way to make my science degree have a creative side. By the end of college I was known as a dancer at my school, and was president of the salsa club.
photo of my tattoo from last year: a reminder that I need to dance.

During college, I had taken a break from acting. A musical theatre geek in high school, college was too demanding to allow for more rehearsals especially with dance taking up my evenings.

When I left to move to California for an internship, the first group I sought out besides a church community was a dance community. My people.

Fast forward a year, and I was getting married, he had dislocated his knee and was not up for dance, and the clubs started too late for this early-bird. Slowly social dance became almost non-existent in my life, let alone studio dance or lessons that I had not touched in 10 years. I was becoming clinically depressed, but had not idea why.

Then I got cast in our community production of “A Chorus Line.” Rehearsals were rigorous. 8 hour dance rehearsals on Sundays, 3-5 hours several other days each week. My body had changed from when I had last danced. I did not know where my balance was, I had no idea of the terminology I had long forgotten, and my body struggled with the complicated combinations. But I was so alive!

That show did so much for me. Though I was “only” a swing that never got to go on for any of my overstudies, I had made friends, and re-ignited my passion for dance!

Now three years have passed, and I have been back in the studio taking dance lessons (yes, even ballet) and appreciating every moment in a way I hadn’t when I was a kid. Now my struggles are a place to grow from, my hour of class a time of pure freedom and meditation, separate from “real life.” I have gone on to act in more shows, dance in more classes, and I am not letting dance out of my life again.

This article was first posted on “OnStage.com” as part of national dance week.
​http://www.onstageblog.com/columns/2016/8/9/re-igniting-my-passion-for-dance-as-an-adult