WHAT IS MALLORY-WEISS SYNDROME? 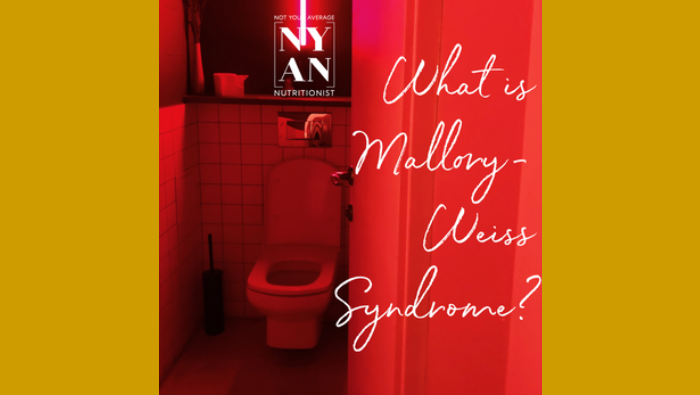 Jessica Cushing-Murray is a recent grad of UCLA, where she was a member of the Cross Country/Track teams. She is currently working in the behavioral health field, and pursued a Masters in Nutrition – now headed to med school! She can usually be found reading and/or drinking coffee!

Though most people can understand the serious health consequences that can arise from a long term eating disorder, many are unaware of which problems are most commonly seen. One of which is called a Mallory Weiss Esophageal Tear, or Mallory Weiss Syndrome (MWS). MWS is defined as “tears in the lining of the esophagus,” which can often result from prolonged, severe vomiting, and is thus most evident in those suffering from Bulimia Nervosa.

So what exactly causes MW tears?

In people diagnosed with bulimia, the constant and continual act of forcing oneself to vomit (purge) their food after eating causes trauma to the esophagus (the tube that carries your food from your throat to your stomach). This trauma from vomiting can tear the lining of the esophagus, ultimately leading to people developing symptoms ranging from abdominal pain, to black/bloody bowel movements (blood in feces), to hematemesis (vomiting blood). None of these symptoms sound particularly pleasant, and they are worsened if the compulsive vomiting does not stop.

How can MW tears be fixed?

In people with bulimia who feel compelled to purge themselves through vomiting it can be unlikely that the Mallory Weiss tears in the esophagus will heal on their own. This creates an even more serious condition in which endoscopic therapy or even surgery may be required to resolve the symptoms. Left unhealed, MWS can lead to bad infections, as bacteria enter the open wounds in the esophagus. Though MWS can be the result of other trauma to the chest/throat, severe or prolonged hiccups, gastritis (inflammation of the stomach lining), it is a good example of a real and applicable consequence to people suffering from bulimia nervosa. However, it is possible that MW tears heal on their own, and a major part of the healing process is to stop purging behaviors.

For people with eating disorders (ED), it can become difficult to understand how their actions in their ED might affect them in the long run, so it’s important to learn and educate those around you about these kinds of conditions. Living with and recovering from an ED is difficult enough, it doesn’t need to be exacerbated by health issues such as MWS.

If you need help reducing your bulimia behaviors, including purging, make sure to reach out to an eating disorder registered dietitian for help. It can save your life (plus make food enjoyable again).