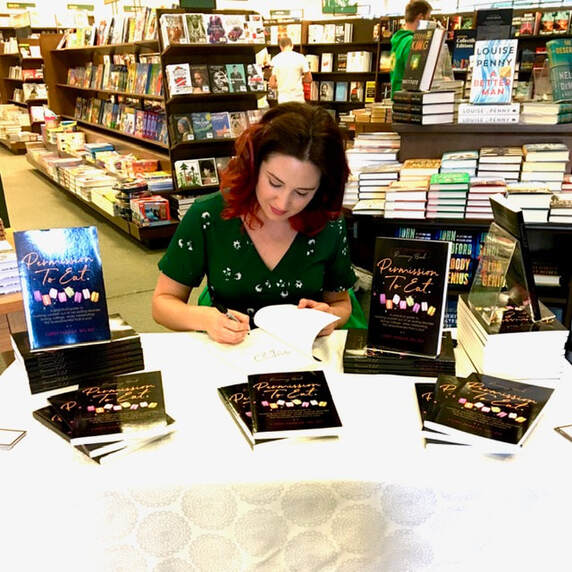 Hi, I’m Libby, and you have probably been poking around my website seeing what we do – AWESOME!

As you are aware by now, I am a Registered Dietitian (RD), or “nutrition expert” (see what it takes to become a RD HERE) who loves helping people re-learn how to eat intuitively. I am also the owner of NYAN.

In 2019 I published an ​ED recovery book for college students -“Permission To Eat” – and just adopted a child! ​Uff-da! I’m tired! (and originally from Minnesota).

Besides helping people have a better relationship with food,​some of my favorite things to do are: sing (I use a lot of song lyrics in my everyday conversations), dance, act (yes, I’m a musical theatre geek, and hope to someday perform on Broadway!), read novels, run (first, and probably last, full marathon in 2015), and drink café au lait (with a berry scone, preferably). 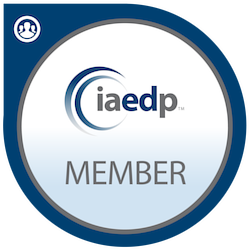 Libby is a contributor for several publications, and is frequently interviewed in the media.

See all of Libby’s writing and media appearances on the press page.

Leadership Minor: Understood and applied broad systems thinking while working in an East African/Somali community. Met with focus groups and stakeholders, and learned how to constructively reflect on experiences

Student Organization of Nutrition and Dietetics: University of Minnesota
2008-2009 Member of the year 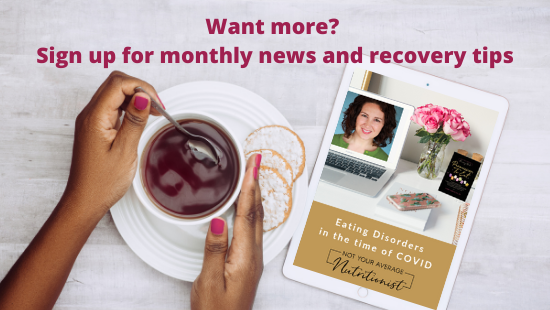